The need for change in education is more urgent than ever

US Schools lag behind international peers in preparing students for the global economy. As educators, what can we do today, to protect tomorrow?

An initiative to close the access and equity gaps.

For the past three academic years, learning organizations (i.e., school districts) encountered insurmountable variables that forever changed the education landscape. The novelty of the pandemic challenged every dimension of excellence, which targeted global discussions that were long overdue in the education ecosystem – equity.

Health is equity: An initiative to close the access and equity gaps with a focus on healthy learning environments, minimizing absenteeism and improving cognitive skills.

Founder of Agile Evolutionary Group and Champion of Health in Education

Sign up here to find out how to be the difference

While educator shortages predate the pandemic, particularly for substitute teachers and in hard-to-staff subjects such as math, science, special education and bilingual education, these shortages have grown in the past two years. According to the Bureau of Labor Statistics, there are currently 567,000 fewer educators in America’s public schools today than there were before the pandemic.

Our schools are in the midst of an air quality crisis, and COVID-19 has only made it worse. School air quality is of particular concern because of how susceptible students are to poor air quality compared to adults, and how this susceptibility impacts their long-and-short-term academic, physical, mental, financial, and social well-being.

Researchers observed a 5% decrease in “power of attention” in poorly ventilated classrooms, roughly equivalent to the impact that a student might feel from skipping breakfast (Coley et al., 2007). With similarly poor CO2 levels and ventilation rates in school buildings, students have been observed to experience greater fatigue, impaired attention span, and loss of concentration (Chatzidiakou et al., 2012); poorer performance on tests of concentration (Dorizas et al., 2015a); and lower levels of focus among university students during lectures (Uzelac et al., 2015).

Time is running out for us to close the equity gap in schools.

COVID, aging infrastructure and limited resources have exploded the equity gap, and we must act urgently. We now have a once-in-a-generation opportunity to reverse its course.

More than 40% of public school districts need to update or replace (HVAC) systems in at least half of their schools, and about 30% of those receiving Federal Impact Aid reported the same for indoor air quality monitoring. These issues are further exacerbated by an occupant density that is four times higher than office buildings with similar floor space.

What is the esser fund?

The ESSER Fund provides emergency financial assistance to elementary and secondary schools to help address the impact of the COVID-19 pandemic. In March 2021, the Department of Education introduced the American Rescue Plan (ARP), allocating $122 billion to the Elementary and Secondary School Emergency Relief (ESSER) Fund to provide emergency relief funding for K-12 schools.

ESSER funds can be used to improve indoor air quality in schools in many ways, including but not limited to the following: 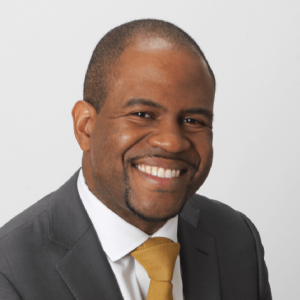 Michael T. Conner, Ed.D., is the CEO/Founder of Agile Evolutionary Group, Corp., and former superintendent of schools in Middletown, CT. He is the architect and creator of the Disruptive Excellence Framework

Air Quality Doesn't need to be an issue, but act fast while there is funding!

Find out more and join the initiative. This is a problem we can solve!